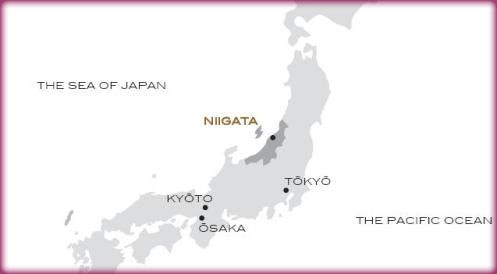 Introduction
In Japan, the first trial of the school-based fluoride mouth rinse programme (FMR) was started in 1970 in Yahiko Primary School, Niigata. In 1978 in order to prevent the dental caries of 1st permanent molars erupting in preschool age, the FMR was also practiced in nursery schools.
Since the number of schools carrying out this programme has gradually increased, the Ministry of Health, Labour and Welfare in Japan released the guidelines in 2003, recommending that the FMR be introduced from preschool age children.

At present, about 500,000 children participate in the school-based FMR, at national level. Limited to the nursery schools and preschools, the number of children accounted for about 30% of all children practicing FMR.

Background
The school-based FMR has so far been the only community oriented health measure that has contributed to caries prevention of the permanent teeth for children in Japan where community water fluoridation is not available.

The national statistics of School Health reported that the mean DMFT of 12-year-old Japanese was 1.63 in 2007. In such a situation it is thought that the FMR is the method appropriate to Japan.

Project outline
The procedure of school-based FMR is as follows: 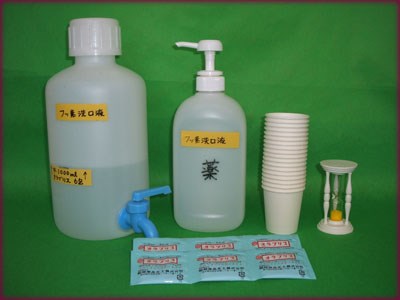 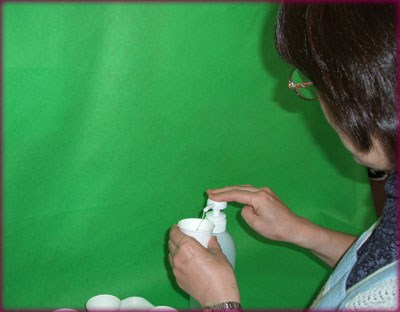 In each classroom a schoolteacher distributes a paper cup containing 7ml (10ml) of fluoride solution to children. 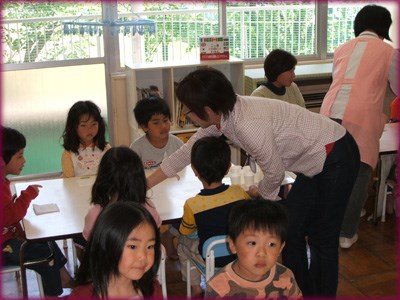 Thereafter children rinse together for a minute. 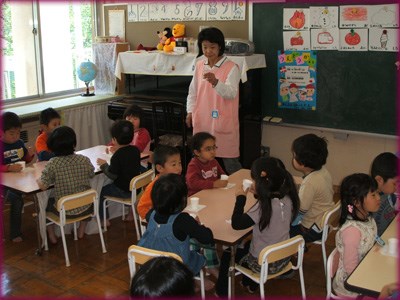 After a minute they spit the solution in his/her paper cup. The cups of all children were gathered and disposed by burning.

Preschool-aged children have practiced daily using 7 ml of 0.05% sodium fluoride (NaF) solution for one minute under the supervision of schoolteachers.

Before starting practicing FMR, children are trained rinsing with tap water for a month.

In Japan the school-based FMR has been practiced as a health policy in municipality. Accordingly, most municipalities supported the cost of the programme.

Achievement
The caries prevention is much more effective when the school-based FMR is initiated at 4 years of age than doing so after the child enters primary school.
The mean DMFT in grade 6 (at age 12) in 1987 when students practiced from the age of 4 years decreased less than 11). The percentage of reduction was 74% for 1970 when the programme started and students were not protected from caries by FMR yet and 59 % for 1978 when students practiced FMR after entering primary school. 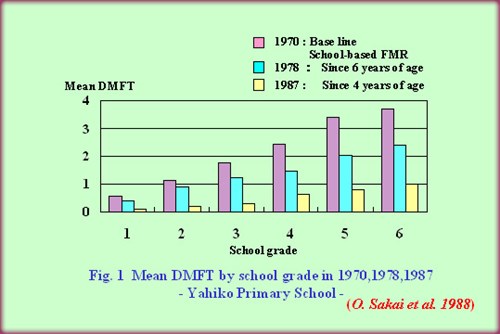 These 4-5 year old Japanese children were investigated as to whether they swallow the F rinse solution while rinsing, and if so, how much is retained. It was evident that no child swallowed all of the solution and the amounts of fluoride retained were within 0.5mg per day2). 0.5mg/day is the amount of dietary fluoride supplement for 3-5-year-olds living in a fluoride deficient area according to the guidelines of FDI and ADA. Japanese preschool children therefore could perform fluoride mouth rinsing safely and efficiently.

Conclusion
The school-based FMR in Japan was well administered and supervised. Caries prevalence also improved markedly in the children practicing FMR at preschool age. We are convinced that the well administered and supervised school-based FMR can clearly have a place in oral care even for very young children when other forms of fluoride are not available.