Bulgaria - The clinical effect of milk fluoridation for school children

Bulgaria - The clinical effect of milk fluoridation for school children

This report is prepared for the “Bank of Ideas” by J. Stjernswärd and PE Petersen based on the publication: Petersen PE, Kwan S, Ogawa H. Long term evaluation of the clinical effectiveness of community milk fluoridation in Bulgaria. Community Dent Health 2015; 32:199-203.

Introduction
The Bulgarian Ministry of Health introduced a milk fluoridation scheme nationwide in early 2000, as part of broader health promotion initiatives in kindergartens and schools. The programme was established in those cities in need of caries prevention and whose local authorities accepted the administration of a milk fluoridation programme. 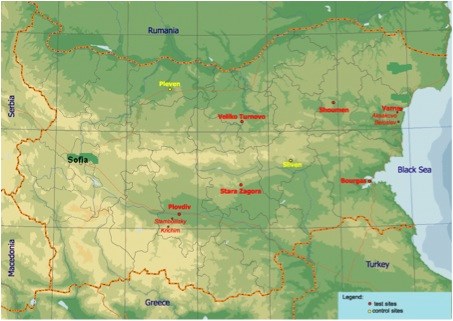 Background
In the 1980s in Bulgaria, caries experience among the children was high, with high levels of untreated caries. To address this public health problem, the first milk fluoridation scheme was introduced in 1988 in the town of Asenovgrad; this was the first field demonstration study to determine if milk fluoridation may be effective in caries prevention in children under ‘real-life’ conditions. Read more here.

Following this, the Health Ministry planned to introduce a milk fluoridation scheme to the whole nation in the early 2000. By 2003/4, over 30,000 kindergarten children received fluoridated milk and/or yogurt in seven cities and the Ministry of Health decided to carry out a complete evaluation. The World Health Organization (WHO) was a lead of this project which included numerous settings, age groups and research designs. The evaluation considered longitudinal effects and assessment of the overtime trends in dental caries. 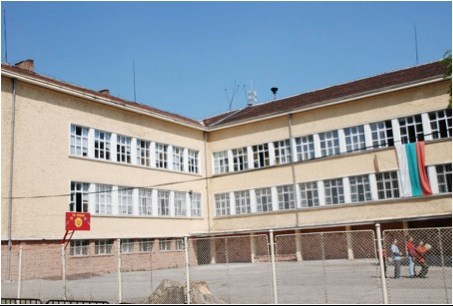 One of the schools

Children from six intervention and two control cities took part in the evaluation project. Children of six cities receiving fluoridated milk were included in the assessment.
There were also children in the intervention cities who received non fluoridated milk.
Two external cities served as control communities where children received milk/yogurt with no fluoride added.
Random samples of 3- and 8-year-olds were recruited at baseline in 2004 and in 2009 for longitudinal or cross sectional comparisons.
In six intervention communities 1,498 children examined received 0.5mg F in 100 or 200 ml school milk or yogurt provided each school day; a further 180 children received non-fluoridated milk. In two control communities, fluoride was not added to 284 children’s school milk.
Caries experience was expressed as the number of decayed, missing and filled surfaces per child (dmfs/DMFS).
Nine local clinical examiners, one from each of the participating sites, were trained and calibrated by an international epidemiologist (PE Petersen) in 2004 and in 2009.

This comprehensive study documents the positive preventive effect of community milk fluoridation. Fluoridated milk delivered daily in schools in Bulgaria resulted in substantially lower caries development compared with children in schools receiving milk without added fluoride. The nation-wide experiences from milk fluoridation indicate that such a public health scheme can be effective to the global fight against dental caries of children. The WHO advocates that milk fluoridation is an important alternative in automatic fluoridation.

Petersen PE, Lennon MA. Effective use of fluorides for the prevention of dental caries in the 21st century: the WHO approach. Community Dent Oral Epidemiol 2005;32: 319-321.