Turkey - A reliable and practical dental preventive/education program model for Turkey - "brushes in the bags, teeth on the healthy-way"

Turkey - A reliable and practical dental preventive/education program model for Turkey - "brushes in the bags, teeth on the healthy-way"

Introduction
In Turkey, one of the health care reforms recently is the establishment of a family doctor system giving priority to the primary health care of the population. The National Oral Health Policy followed the same priorities and suggested new strategies to promote the oral health of the population. 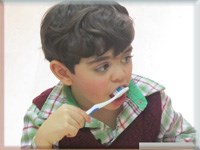 Background
As part of this process, in 2006, a new project involving fluoride gel tooth brushing under supervision, was started in Kirikkale city-center, and now this programme extends to many other cities, including Kütahya (Aegean region of Anatolia), Karaman (Middle Anatolia), Mardin (Southeastern Anatolia), and Denizli (Mediterranean Region Of Anatolia). This programme is called “brush-on fluoride gel application”. Second year dental students who will be the Supervisor in the programme, are trained during one month at the start of the calendar year at the Dental School in Kirikkale. There is close collaboration between the class teacher and the supervisor for this project to work successfully. 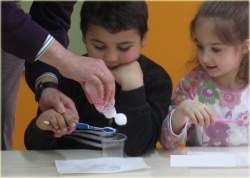 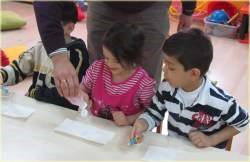 Table 1: Calendar for the Application Periods for the supervisors 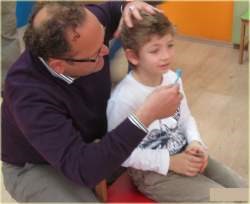 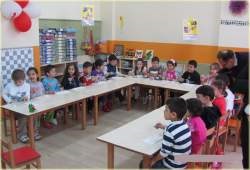 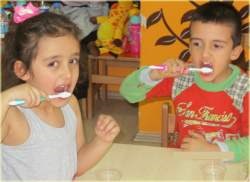 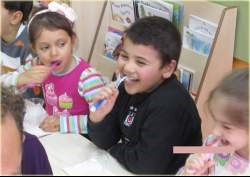 Table 2 - Number of primary schoolchildren participating in the Programme according to cities in 2011 (These figures are for year 2011 estimates, and in reality can be more.) 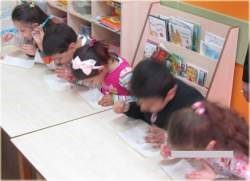 Notes on sustainability of the programme

Materials for the programme
For each application (fluoride gel is applied at least 4-times in a year with toothbrush), fluoride gel, tooth brush and plastic cup to spit after application, is needed. During discussions with the class teachers, they suggested that each primary school child would bring their own toothbrush and cup. This can be done if the class teacher is informed two to three days BEFORE the supervisor plans to visit the class.

One bottle of 2% neutral fluoride gel was cheap and bought for the project by local medical managers for the school. This approach to the project is important to the sustainability of this programme.