When the Codegua milk fluoridation scheme in Chile was successful in the reduction of caries in a rural setting, the Oral Health Unit of JUNAEB (National Board of Students Assistance and Scholarships) initiated a extended milk fluoridation programme based on the Codegua scheme, for the rural areas of the region of Araucania (Chilean IX Region).

This presentation is based on the study by Weitz A, Marinanco MI and Villa A.

Background and Rationale
The Araucania region is mostly rural and is among the most economically deprived rural areas in Chile where 95% of 6-year-olds have caries and the 12-year-olds show caries prevalence higher than national average. Hence, a fluoridated milk food programme based on the Codegua milk fluoridation scheme was implemented by the JUNAEB in Araucania region in 1999, to prevent caries in children from this region. 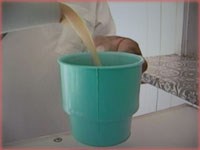 Project Outline
The PAE-F programme commenced targeting nearly 35, 000 primary school children between the ages of 6 to 14, living in 25 municipalities, in the Araucania region.

Under the national PAE each child drinks 200 ml of milk per day for 200 days per year. It was estimated that the daily dose of fluoride from milk from the PAE-F was 0.65mg/day, which is equal to 200 ml milk with a fluoride concentration of 3.13 ppm. Fluoridated powdered milk was prepared by 2 companies contracted by the JUNAEB for this programme.

Urinary fluoride excretions were tested at baseline of mid-morning samples and 6 months after the commencement of the programme testing 16-hour urine samples and 2 years after the study by means of 24-hour samples. 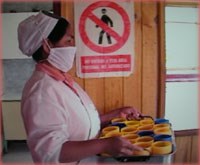 Achievements
Caries prevalence of a convenience cross-sectional sample of 6, 9 and 12 year olds at baseline in 1999 and after 3 years in 2003, were examined in the group participating.

A statistically significant 26% caries reduction was observed also in the 12-year-olds. At baseline the DMFT was 4.02 and 3 years after the milk fluoridation programme the DMFT was 2.98.

As expected there was no significant caries reduction of the 6-year-old children at baseline DMFT of 0.34 and after 3 years DMFT 0.23, as they were not exposed to caries prevention programmes at that age group. 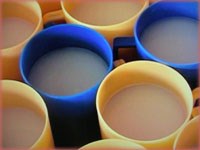 Conclusion
The most significant message from the programme is that such health benefit can be achieved without any technical or administrative change to an already ongoing school food programme PAE.

Two different types of health benefit such as caries prevention and overall well being can be achieved by one single public health oriented programme such as fluoridated milk made freely available to all children.

This philosophy is in line with the Common Risk Factor approach of the WHO.

The Chilean Health Ministry has authorised JUNAEB to expand the PAE-F in rural areas of the country south of IV Region allowing gradual inclusion of 215,000 children living in these areas to benefit. 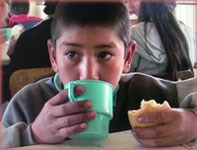 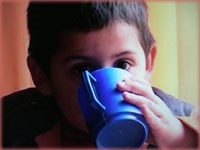 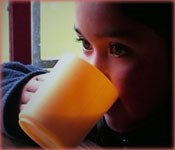 Acknowledgment
We thank Drs Rodrigo Marino, Alberto Villa and Andrea Weitz for the data and illustrations for the above presentation. 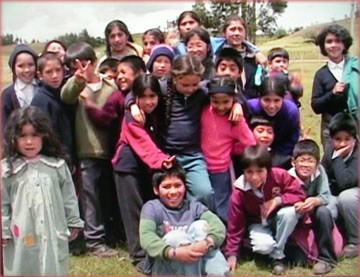