Caries prevalence among 3-yr-olds in Moscow is relatively high, prompting a programme applying prevention strategies for infants, which was initiated in one district in Moscow since 2015.

When parents were interviewed, it was evident that the parents lacked the knowledge perspective on proper oral health education and technique that would help them care for their infant’s oral health. The aim of this programme therefore was to bring about positive change in knowledge among parents of young children following the first year of the programme. 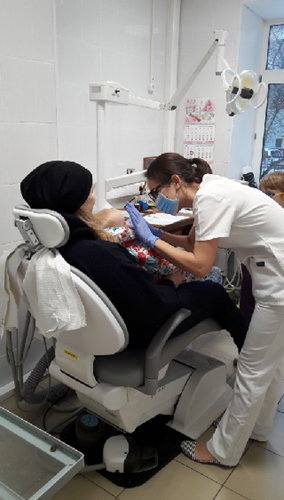 This programme successfully demonstrated the positive changes brought about among parents of infants who received intensive oral health education, where the burden of oral diseases among children were decreased.