Estonia is a small country with a population of just over a million (1,3 million) of which about 270,000 are children aged 0-19. Despite the fact that oral health care is free for children up to age 19, since Estonian Health Insurance Fund pays for treatment and prevention, our children’s oral health indicators have not been good.

A comprehensive study of childhood caries was conducted in 2010, which showed quite devastating results. On average about 6 teeth per child had experienced caries and 4 teeth per child had been restored.[1] The latest childhood caries study conducted in 2018 found that about every third 3-year old child had caries and every second 6-year old had teeth that needed treatment. Similarly, high levels of caries have been reported across the Baltic countries.[2]

Since caries prevention was not showing any significant improvement, we decided that we needed to change strategies – to do more than just lecture in kindergartens and schools and distribute leaflets. For these reasons oral health education, prevention and promotion project for children and grown ups was started in Estonia in 2009. Project is led by the Estonian Dental Association and funded by Estonian Health Insurance Fund (government entity). 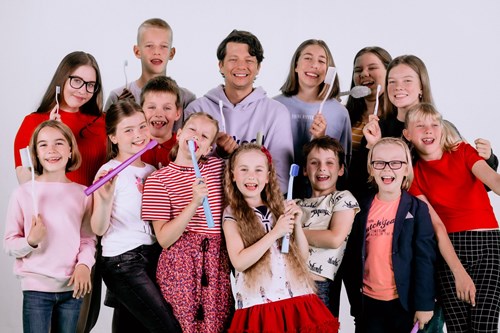 We have stated simple rules for keeping teeth healthy;

All this and everything else made to fulfill our mission – to give Estonian children healthy and beautiful smiles.

Since 2018, Suukool has had a cross-country campaign for kindergarten children called “Suukool is fighting with the Mouth Trolls”. The main objective of the tooth brushing campaign is to get children to brush their teeth twice a day. For about half a year (from October to April), Estonia’s kindergartens teachers are asking the children if they had brushed their teeth in the morning and the night before and marked their answers into the Suukool teeth brushing diary. 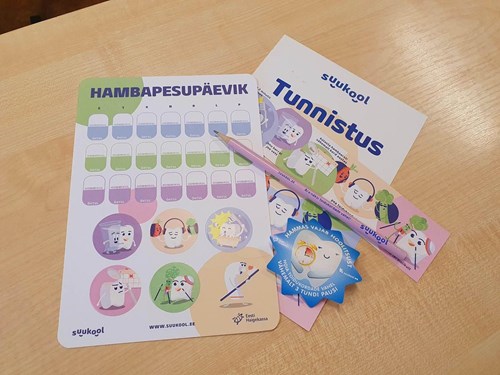 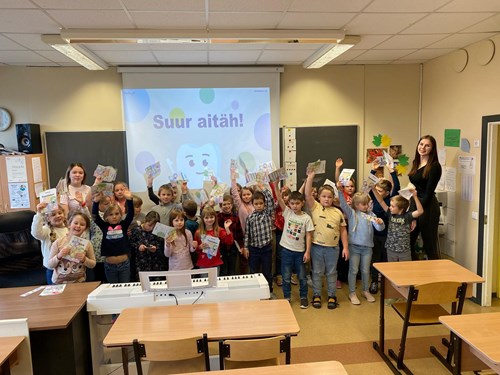 In october 2019 we released Suukool’s Toothbrushing song created by an Estonian superstar, Eurovision singer and songwriter Stig Rästa. The objective was not just to remind people to brush you teeth twice a day for two minutes, but to help them make toothbrushing cool and fun with the help of our star singer who is popular among children and parents also.

As we got so many good reviews and children’s toothbrushing success stories we decided to do Suukool’s toothbrushing song in English and in Russian also. As 26% of Estonian population are Russians, the Russian version of the song is also aimed to Russian speaking families, but also a way to learn the language. 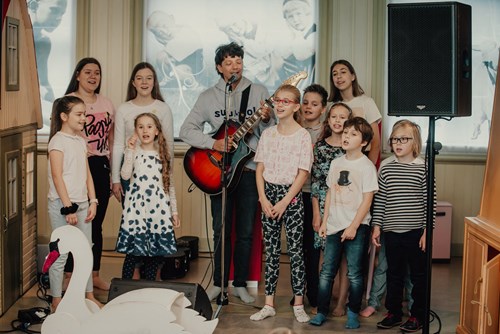 Since World Oral Health Day 2022, Suukool has also its own attractive and educational tooth brushing application. Available for free in App Store and Google Play. Suukool's tooth brushing app is aimed for 5–12-year-old children and it helps to create and hold a good tooth brushing habit. To spread the news that Suukool application is ready, we made a social media campaign where influencers were talking about it, also radio interviews and tv appearances on this topic.

If a child brushes their teeth in the morning and in the evening, they save their teeth from the Mouth Trolls and send those trolls back home. When they brush their teeth regularly for approximately 3 months with Suukool's application then they can send all 32 trolls back home. To get his/her award the child has to go and visit his dentist where he receives Suukool's toothpaste. 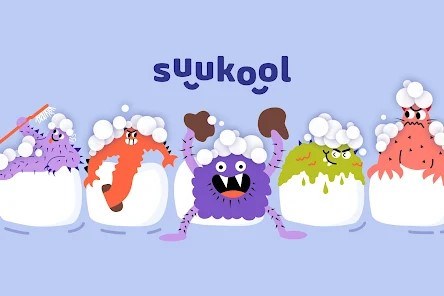 The Mouth Trolls also educate children through funny characters on what is good and what is bad for his teeth. App shows brushing technique and teaches how to do it. Also Suukool's 2 minute long Tooth brushing song is starring in the app to help with the brushing. In addition to tooth brushing, the app helps to get children to visit their dentists, to get the award. 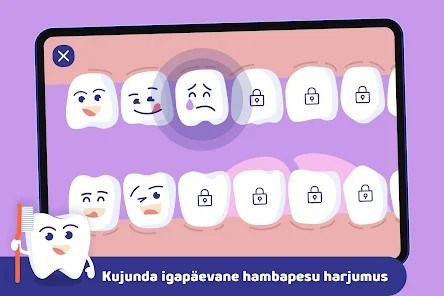 Last but not least, Suukool’s website works like a continuously ongoing campaign. Here, anyone can order Suukool’s educational materials (https://suukool.ee/et/telli) and gift items that carry our message. All over Estonia, Suukool’s lecturers, teachers from kindergartens and schools, dentists, their assistants, dental hygienists etc order our materials and get the package to the parcel locker that suits them the best to make prevention as simple as possible. 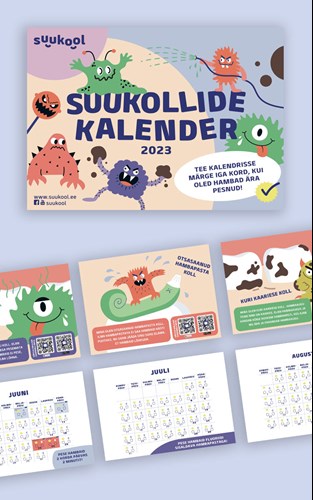 In addition to funding Suukool’s project, once a year Estonian Health Insurance Fund orders oral health prevention “commercial” clips directly from an advertising company to draw people’s attention to the important theme. So came also “Suuvärk korda” (Put The Oral Health Right) (2017) and “Hambad suus” (The Teeth In The Mouth) (2016). The clips are used for a small social media campaign, shown on the main tv channels. Sometimes posters are printed, to use on the outside media.

For schoolchildren we got inspired by caries prevention activities in Slovenia so we also tested toothbrushing quality competition – which class has the cleanest teeth? We educated schoolchildren on how to brush their teeth and then Suukool’s lecturer checked in every week to test with the plaque disclosing tablet, how well they had brushed their teeth. In our case this activity was too costly and brushing techniques improved too little, that’s why we haven’t repeated it.

Due to COVID-19 pandemic and special measures that were taken by our government it was not possible to make campaigns or events that included people gatherings.

Suukool has been building the foundation of caries prevention in Estonia, so that anyone who wants, can have a cavity-free future.

We are thankful that our efforts have been noticed also by World Dental Federation. In 2019 the campaign for kindergarten children called “Suukool is fighting with the Mouth Trolls” won FDI’s “Smile Award” for making a difference in oral health through innovative and sustainable community outreach work.